... still playing with this Lego

This blog is part of a serie:

In this blog I just wanted Docker on my Windows 10 Home box.
I ended up with upgrading Windows allowing me to install Docker Desktop running on WSL2.
This is the path I took to get there and some additional experiments I had with WSL2.

Getting Docker up working

I have run docker some times before, where it was running on Hyper-V on a Windows 10 Pro. I thought I was going to perhaps run on Hyper-V or VirtualBox.

In the beginning I didn't want to upgrade Windows - I thought I could make it work without upgrade.
Here is how it went on:

To check if you have Docker. Start by typing

to see if you already have docker installed.

I had several issues and possible solutions:

Status:
I could not install Hyper-V on the Windows 10 Home! It requires Pro or more.
So I could choose between running on VirtualBox or update Windows so I could run on WSL2.
I thought that now I had already wasted much time, then I could just as well go for the trouble and install WSL2:

I'll follow up on using Docker in another blog. Here I'll just remind you that you need somewhere to get Docker images from.

Connect to an Image Registry - DockerHub

When using Docker you need an image registry to read base images from and to save your images to. I'll just use the public and free Docker hub.
If you don't have an account then create one.

WSL not only gives Linux distros hosting Docker.
It also gives you possibility to host other Linux distros - for instance if you want to develop inside a Linix disto running in WSL on Windows.

Develop remote in WSL2 with Docker

If you have the need of developing in Linux then you can use WSL as your DevBox - cool, if you need that.
I had an idea of developing in the Linux CentOS distro, since it is where the community edition of OpenShift is installed by default (or that is something like that I think it is).
Here is where that brought me:

By using workflow Develop with Docker and WSL2 then you work with VSCode in your default Linux distro running in WSL2.
Using VSCode extention Remote - WSL then you can get a remote CLI into your linux distro by typing wsl (and exit to get back locally).
From the remote CLI you startup vscode just as when you work locally: code .

Choosing and installing a Linux Distro

But you might be missing a WSL2 distro - I did: 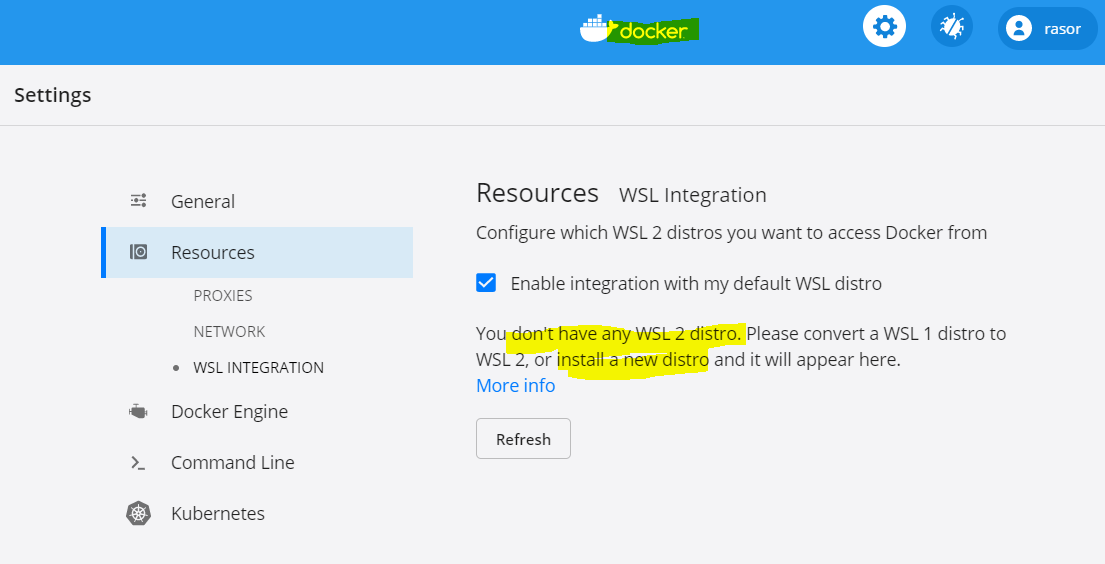 There is a small selection of distros.

A little sidestep to OpenShift

As an alternative to have CentOS there are

And perhaps this could be of interest

Note: You have to give this WSL PC a default username and psw - just like your Windows box.

Hmm - Suse is not running wsl2 and is not default

Notice the local folder in Windows is mounted inside the Linux distro,
so you are able to work from Linux on your files in your Windows drive.

Best practice for sharing folders are not sharing windows into linux, but instead sharing linux out to windows 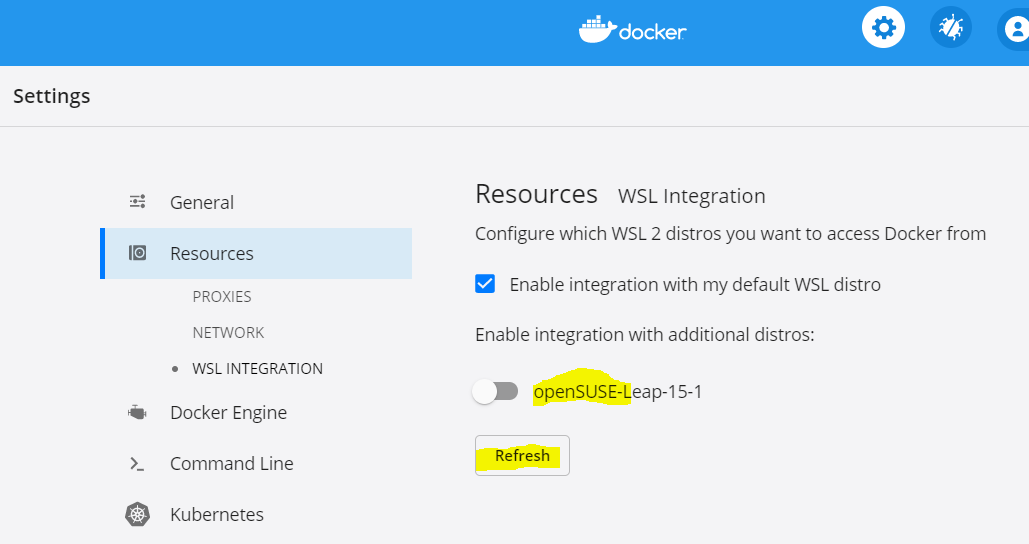